The passive voice in Turkish

In most languages, there is a way of making sentences using the passive voice. In passive sentences, the grammatical subject of the sentence is the person, place or thing that has an action done to it. This is different from active sentences, where the subject is usually the one doing the action. An example of a passive sentence in English is, “he was given a gift.”

In the Turkish language, there are two ways to form passive sentences. You either use the passive ‑ıl/il/ul/ül ending or you use the ‑n/ın/in/un/ün ending. The ‑(ı)n ending was originally the reflexive ending, but it used with a passive meaning on some words where the ‑ıl ending cannot be added for phonological reasons. In other words, Turkish speakers a long time ago apparently did not like how the ‑ıl ending sounded on the end of some words, so they used the ‑(ı)n ending instead.

Phonological rules for choosing between ‑ıl and ‑(ı)n

With many verbs, you can use both the ‑ıl and the ‑(ı)n ending. For some verbs, however, you can only use one or the other of them. Here are the rules for determining which ending you can use:

On words where there is no phonological restriction (verb stems ending in a consonant other than l or n), it is much more common to use the ‑ıl ending than the ‑(ı)n ending.

But don’t worry about remembering all these rules when you are first starting to learn about passives. For most Turkish learners, it is easier to take each verb one at a time, treating the passive form of each verb as a new vocab word to learn and practice. To get you started, here are some examples of passive forms of some of the most common verbs.

Common verbs that only use the ‑ıl passive ending

Common verbs that only use the ‑(ı)n passive ending

Here are some examples of passive verb forms that you will find commonly as you go about your everyday life. Passive forms are especially common on product labels.

Sometimes Turkish passive sentences are used as indirect commands. This is most common in formal Turkish writing, such as in official warning signs. 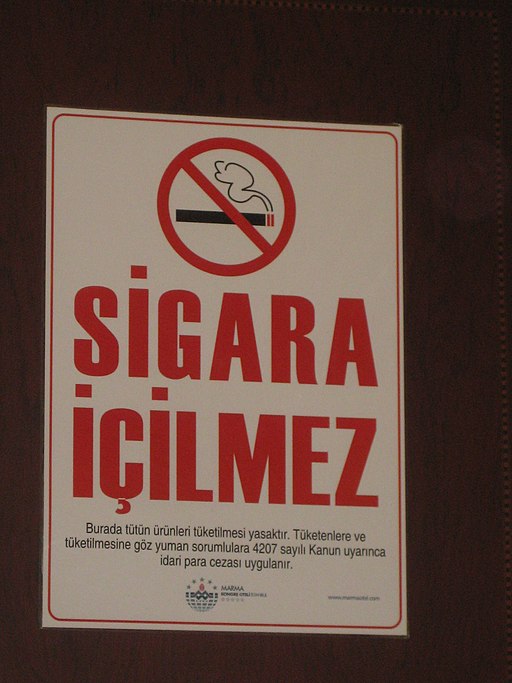 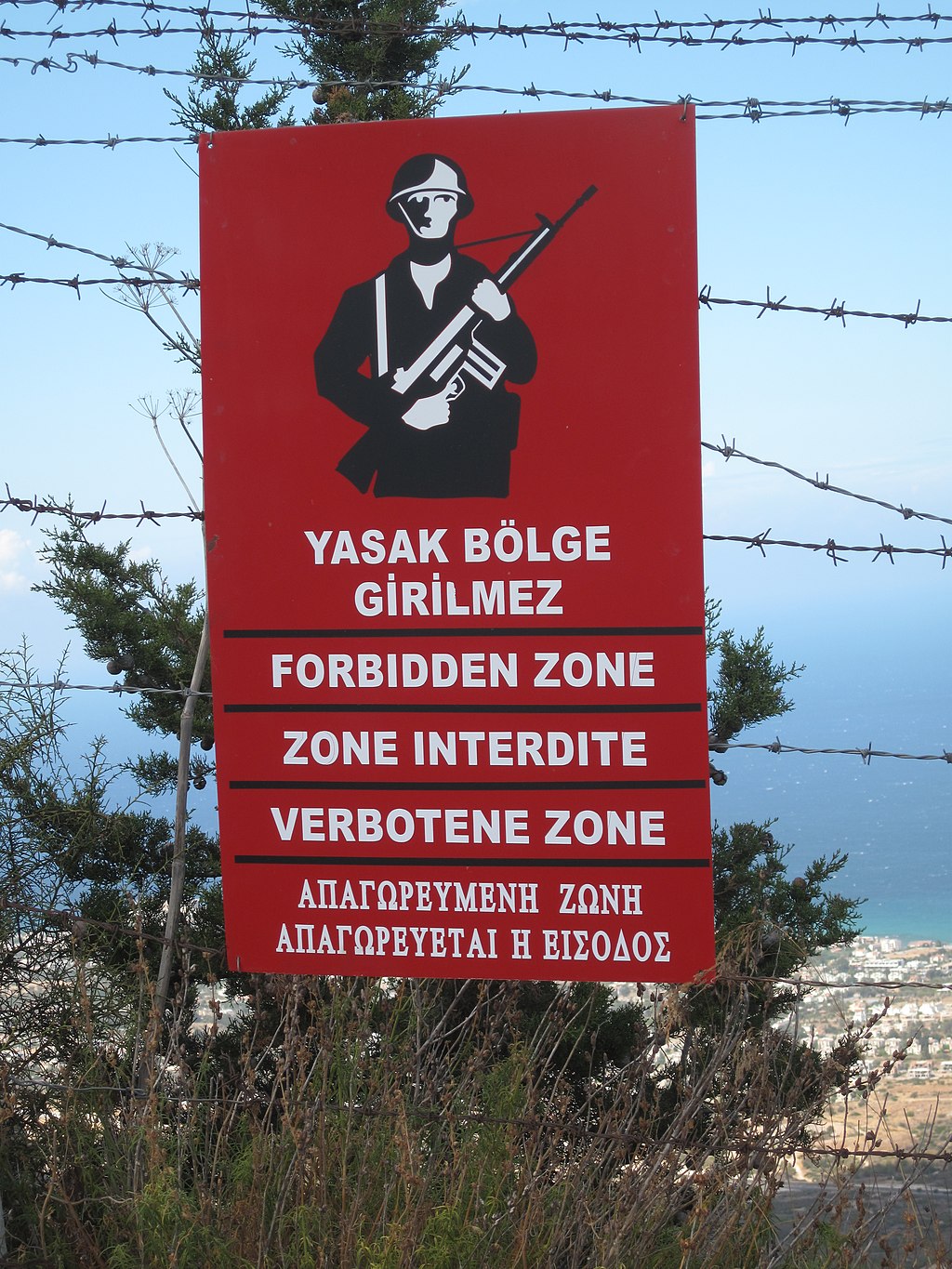 Yasak bölge ‑ girilmez
Restricted area ‑ do not enter (literally, “it is not entered”)
(Common sign posted outside property owned by military)

Margarin nasıl yapılır?
How is margarine made?
(Title of a blog post)

Kayıt için hangi belgeler isteniyor?
What documents are required for registration?
(From an informational page on an organization’s website)

Berberin telefonu bozuldu.
The barber’s phone broke (literally, “got broken”)
(From the title of a YouTube video)

However, in some cases it is useful to specify the agent of a passive sentence. This is especially common in formal speech and legal writing.

In English, we specify the semantic agent using the word “by” (as in, “a gift was given to me by my parents”). In Turkish, there are two ways do this. You can either add the word “tarafından” after the person doing the action or you can add the ‑ca/ce/ça/çe ending to them.

Genlerimiz dünyaya başka varlıklar tarafından getirildi.
Our genes were brought to the world by other beings.
(Title of a post about aliens)

Çırağan Sarayı nerede, ne zaman ve kim tarafından yapıldı?
Where, when and by whom was the Çırağan Palace made?
(Title of post on news website)

Kargom şubeden başka kişi tarafından alınıyor.
My package gets taken from the cargo office by another person.
(From a customer’s complaint)

Ödüllerin miktarı, her yıl Maliye Bakanlığı ile Bakanlıkça birlikte tespit edilir.
The amount of the awards is determined each year by the Ministry of Finance and the Ministry [of Culture and Tourism].
(Excerpt from a piece of legislation)

Yeni ruhsat sahibi şirkete Genel Müdürlükçe üç aylık süre verilir.
The new license holding company is given a period of three months by the General Directorate.
(Excerpt from a piece of legislation)

Alıç ve kızılcıklar köylülerce toplanıyor.
Haws and cornel berries are being harvested by the villagers.
(From the title of a news story)

There are a few verbs in Turkish that drop vowels before adding the passive ‑ıl ending. This is fairly rare and seems to only happen with verb stems that end in the letter “r.”

Verbs that drop vowels with ‑ıl

Besides the passive usage, the ‑(ı)n and ‑ıl endings can also be used on some verbs with a reflexive meaning. That is, adding these endings sometimes gives the meaning of doing an action to oneself. This typically happens with the ‑(ı)n ending, but in some cases it can happen with the ‑ıl ending as well.

Adding ‑(ı)n or ‑ıl without changing the meaning

For a handful of verbs in Turkish, you can add the ‑(ı)n ending to the base verb without changing the meaning of the verb in any significant way.

Miscellaneous meanings of the ‑(ı)n ending

For some verbs, you can use either the ‑ın or the ‑ıl passive form. This happens with some of the verbs with stems that end in a consonant other than “n” or “l.”

In these cases, the form that uses the ‑ıl ending is typically the passive version of the verb that you would expect it to be. The ‑ın form, on the other hand, has a slightly different meaning. The precise meaning of ‑ın in these cases is not predictable: you simply have to learn what it means for each new word you learn.

Examples of words with both endings

For some Turkish verbs, you can use the same ending ending with different meanings in different contexts. Ambiguity is more common with the ‑(ı)n ending than with the ‑ıl ending.

Passives with obsolete base verbs

There are some verbs that have a passive ending, but the base verb is not used in modern Turkish. This can happen when the base verb becomes obsolete over time and a different verb replaces it in common usage. Because the original base verb for some of these words went out of use a long time ago, some of the original meanings are not known for sure.

One example of a word that is starting to become obsolete is “kapamak” (to close). The passive is “kapanmak,” but the base form is not as commonly used. It is being replaced by the causative form, “kapatmak” (“to close,” or literally, “to cause to close”).

Examples of passive verbs without a non-passive version

In some cases, adding ‑(ı)nıl is essentially the same as adding a single passive ending. This is the case for “yemek,” “demek,” and “söylemek.”